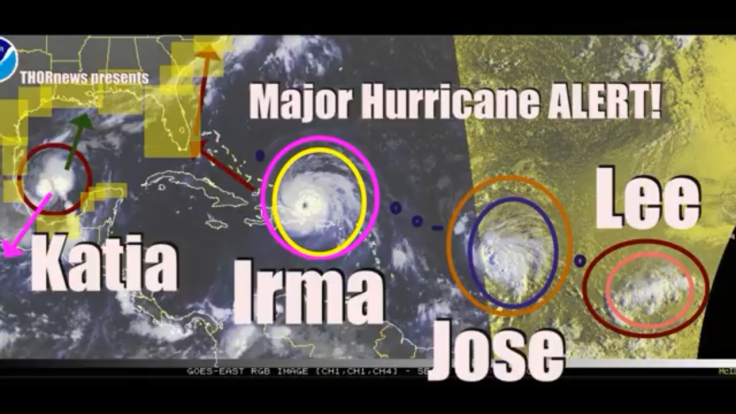 We now have Irma making landfall in Florida (9/19/17) and Jose is right behind Irma. But we now see a new hurricane forming behind Jose. Let’s welcome Lee to this chaos. Lee means “dweller by the wood or meadow or clearing”. Lee is #666 on the list of popular names according to Behind the Name. 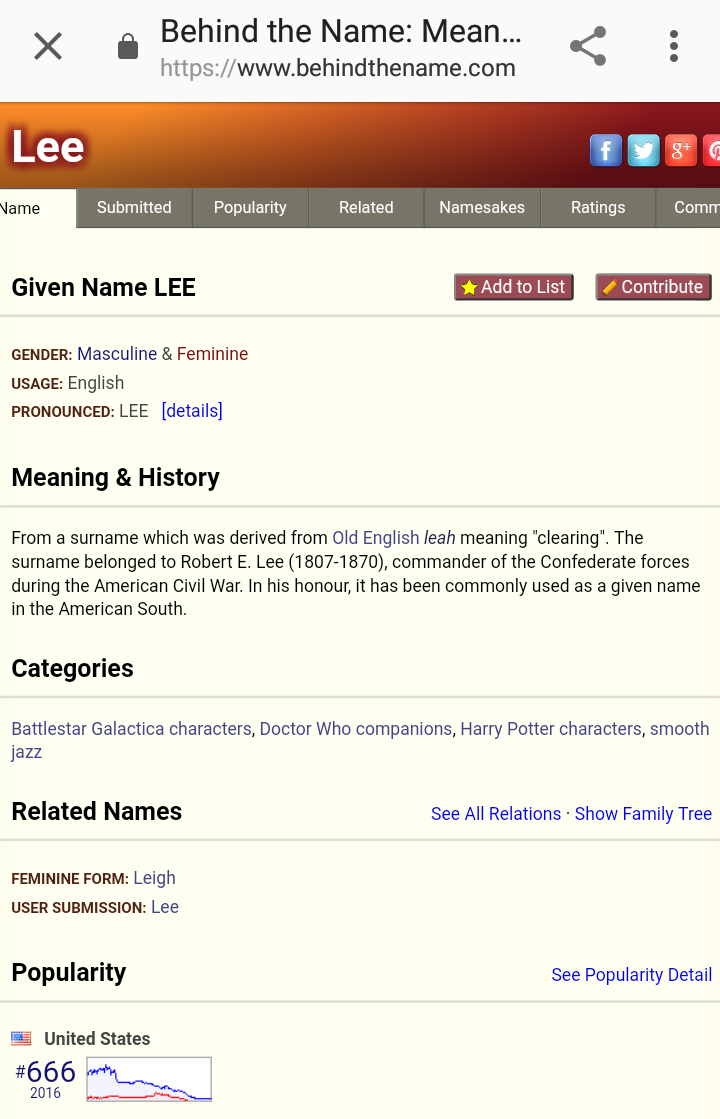 Lee comes from the word Leah which means “woodland, clearing or meadow”. Now lê’âh (lay-aw’) in Hebrew means “weary” and comes from “lâ’âh (law-aw’) which means “to be weary, be impatient, be grieved, be offended”. Keep that in mind as you read this.

Now I want to bring up Leah before I get into what I’m seeing here with Lee. Leah was the daughter of Laban and the sister of Rachel. She was the first sister to marry Jacob who was later renamed Israel. If you remember correctly Jacob pretty much got screwed over by Laban and worked for him for 7 years. After the 7 years Laban promised Jacob that he could marry Rachel but went back on his word and gave him Leah. Jacob went on to work another 7 years so he could marry the woman he loved, Rachel. So Jacob worked 7 years as got Leah then worked another 7 years and got Rachel finally. We have a connection here to the time of Jacobs trouble. Some believe this phrase is associated with this time of 7’s with Jacob. It could be but I also think there is a reference her to his brother Esau. There is also a connection to these 7’s with Joseph (or Jose). The 7 years of plenty and then the 7 years of famine.
Genesis 41:25-32

“And Joseph said unto Pharaoh, The dream of Pharaoh is one: God hath shewed Pharaoh what he is about to do. The seven good kine are seven years; and the seven good ears areseven years: the dream is one. And the seven thin and ill favoured kine that came up after them areseven years; and the seven empty ears blasted with the east wind shall be seven years of famine. This is the thing which I have spoken unto Pharaoh: What God isabout to do he sheweth unto Pharaoh. Behold, there come seven years of great plenty throughout all the land of Egypt: And there shall arise after them seven years of famine; and all the plenty shall be forgotten in the land of Egypt; and the famine shall consume the land; And the plenty shall not be known in the land by reason of that famine following; for it shall be very grievous. And for that the dream was doubled unto Pharaoh twice; it isbecause the thing is established by God, and God will shortly bring it to pass.”

I thought these connections were interesting in light of what’s going on with these hurricanes hitting the United States. Now I want to look at who in the occult, if any, represents the meadow or clearing. I am only going to touch on a few things about this but there is so much more to connect to all of this. This false god would be represented by Pan. Pan was the son of Hermes and in some circles he was the son of Zeus (Jupiter). This may be the reason you see Jupiter Serapis with goat horns on the side of his head. He was a half goat half man that was called the god of the meadows or wood who was associated with sexual perversion. 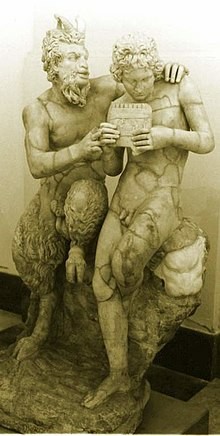 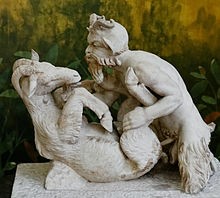 “The ancient Greeks also considered Pan to be the god of theatrical criticism and impromptus. The word “panic” is a tribute to the god…Disturbed in his secluded afternoon naps, Pan’s angry shout inspired panic (panikon deima) in lonely places. Following the Titans’ assault on Olympus, Pan claimed credit for the victory of the gods because he had frightened the attackers. In the Battle of Marathon (490 BC), it is said that Pan favored the Athenians and so inspired panic in the hearts of their enemies, the Persians.” (https://en.m.wikipedia.org/wiki/Pan_(god)) The interesting thing about him being associated with the word panic is what was going on with the evacuation of Florida. FOX News reported on the panic that was created when the authorities made a claim that gas was getting slim. I just found that interesting. 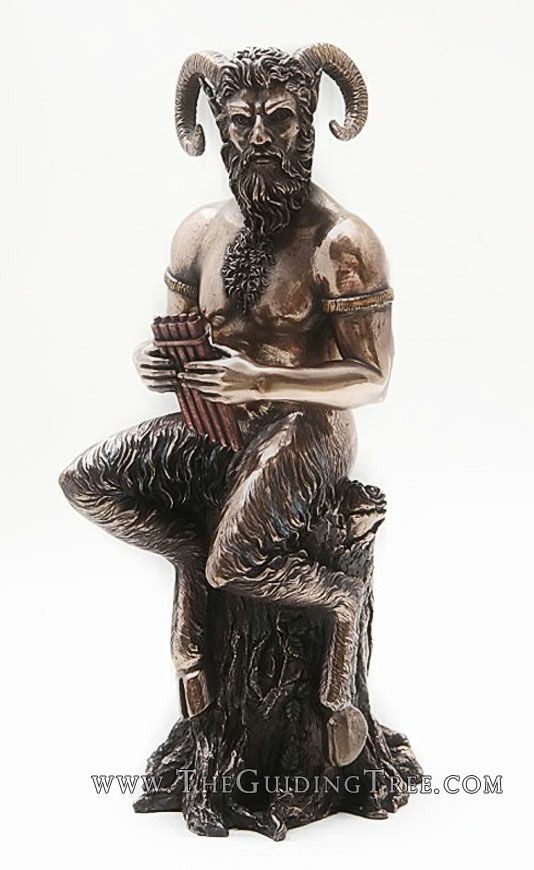 I also want to bring up that Pan was the only god that actually died. Here is a long excerpt from wiki. “According to the Greek historian Plutarch (in De defectu oraculorum, “The Obsolescence of Oracles”),[32] Pan is the only Greek god (other than Asclepius) who actually dies. During the reign of Tiberius (A.D. 14–37), the news of Pan’s death came to one Thamus, a sailor on his way to Italy by way of the island of Paxi. A divine voice hailed him across the salt water, “Thamus, are you there? When you reach Palodes, take care to proclaim that the great god Pan is dead.” Which Thamus did, and the news was greeted from shore with groans and laments.

Christian apologists such as G. K. Chestertonrepeated and amplified the significance of the “death” of Pan, suggesting that with the “death” of Pan came the advent of theology. To this effect, Chesterton once said, “It is said truly in a sense that Pan died because Christ was born. It is almost as true in another sense that men knew that Christ was born because Pan was already dead. A void was made by the vanishing world of the whole mythology of mankind, which would have asphyxiated like a vacuum if it had not been filled with theology.” 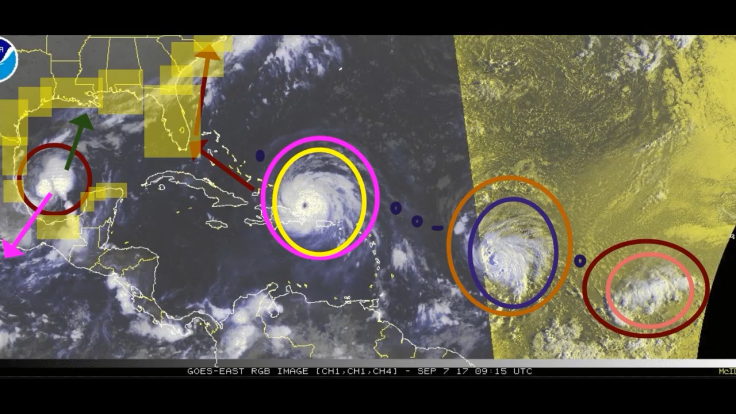 Some believe that the reference to Thamus was of Tammuz the son of Nimrod also known as Horus in Egypt. This is who these Luciferians are invoking and there seems to be a connection with some to Pan, the son of Zeus (Jupiter). “In more modern times, some have suggested a possible a naturalistic explanation for the myth. For example, Robert Graves (The Greek Myths) reported a suggestion that had been made by Salomon Reinach and expanded by James S. Van Teslaar that the hearers aboard the ship, including a supposed Egyptian, Thamus, apparently misheard Thamus Panmegas tethneke ‘the all-great Tammuz is dead’ for ‘Thamus, Great Pan is dead!’, Thamous, Pan ho megas tethneke. “In its true form the phrase would have probably carried no meaning to those on board who must have been unfamiliar with the worship of Tammuz which was a transplanted, and for those parts, therefore, an exotic custom.”

There is also a connection with Pan and what Jesus said about the Gates of Hades. I want to use this bloggers post because he lays out the history of it so well. “In Old Testament times, this area was the northernmost part of the region of Bashan. When the Israelites took over the area from the Canaanites, the tribe of Dan established a city there that they called Dan. When it was given to Herod Philip in New Testament times, he renamed it Caesarea Philippi.

In both the Old and New Testaments, it was a center of pagan worship. Mount Hermon itself had been called Baal Hermon after the Canaanite storm god Baal, who was said to live on the mountain (Judg 3:3) . Even after the Israelites took it over from the Canaanites, an Israelite king set up a worship center there with a golden calf (1 Kgs 12:25–33). There was a temple dedicated to Pan there in New Testament times, as well as a temple dedicated to Caesar Augustus. Pan was a symbol of fertility, and there was a statue of Pan with a huge removable penis that would be paraded around during festivals.
The Romans called this place the rock of the gods.

Jesus called it the gates of Hades. 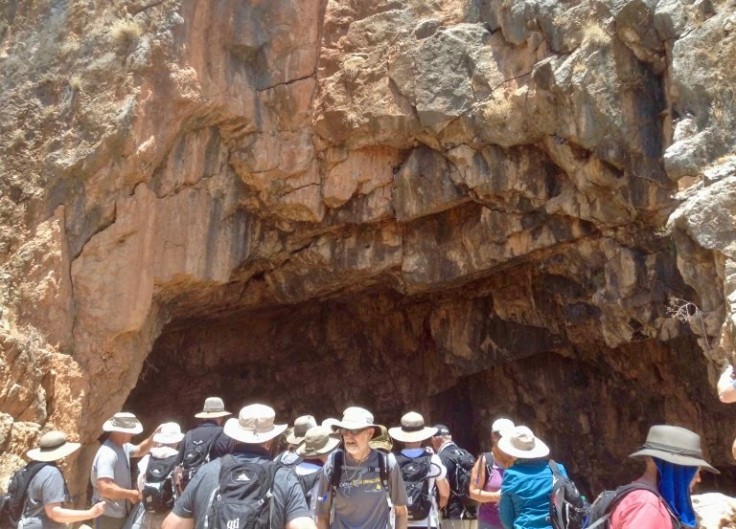 According to this interpretation, Jesus was standing with his disciples in a center of pagan worship and fascination with death—a focus of demonic activity. He was claiming that his church would be built on (or “against”) such places. Despite the pressure to conform to the ways of the world, Jesus is saying, his church would thrive. It is even viewed as the aggressor, coming against the gates of Hades to rescue people from its grip. Even places like Caesarea Philippi would not be able to prevail against his church.” (https://elliotritzema.com/2016/11/12/caesarea-philippi-and-the-gates-of-hell/) 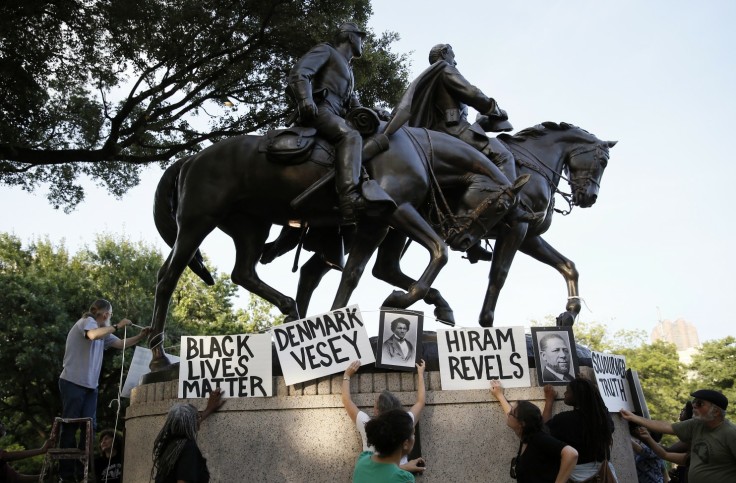 Let me briefly mention the statue fiasco that is going on in America. I personally think they should tear them all down just like the worship of high places in Israel. We should start with Washington DC and move outward. Yesterday (9/9/17) in Dallas they have said that they were going to take down the Robert E. Lee statue (https://www.dallasnews.com/news/dallas-city-hall/2017/09/08/workers-prepare-remove-robert-e-lee-statue-oak-lawn-park). 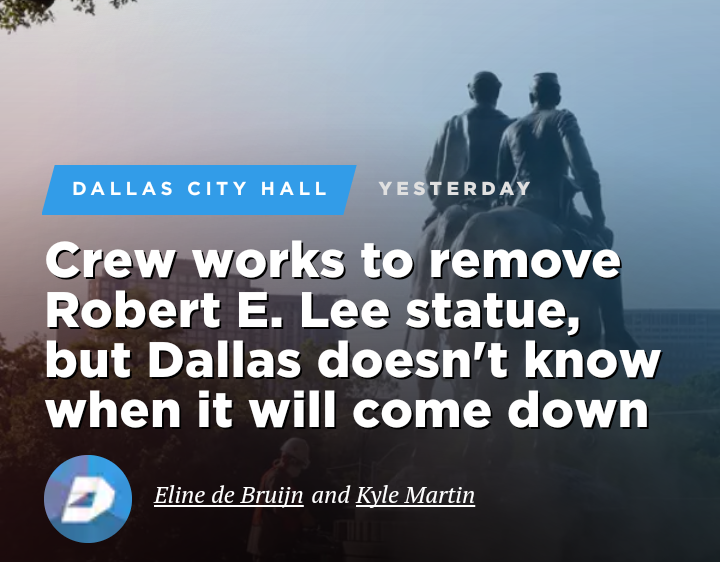 And let me mention how some (liberals) are claiming Trump is behind these racist named hurricanes. 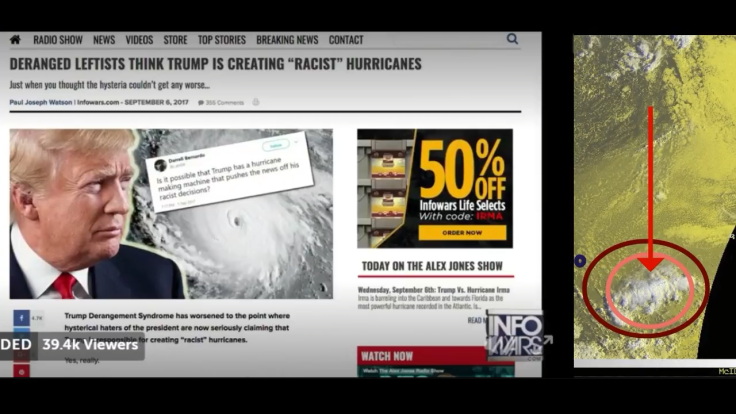 It seems all the physical things are disappearing to make way for what they represent in the spiritual. 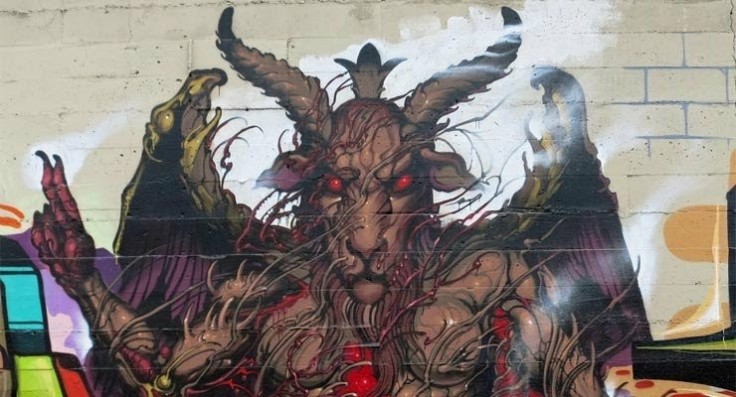 So we will see what happens with Lee who seems to be indirectly tied to this false devil god Pan. It also seems the god that was dead is wanting to come back to life in the form of the sea goat. Pan was associated with Satan and witches and was known as the god of the witches. Pan was also associated with Baphomet. The transgender god who was supposed to be placed next to the Ten Commandments in Oklahoma by the Satanic Church. 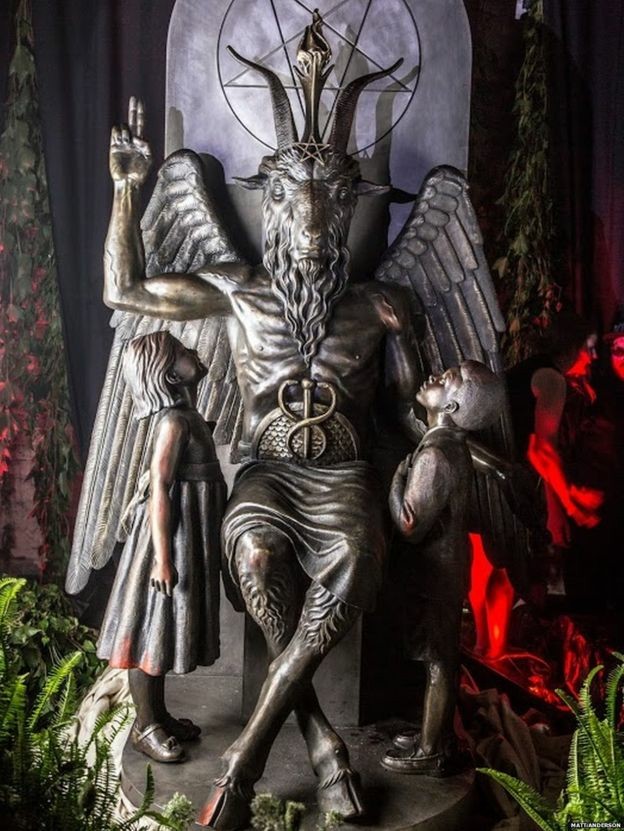 You can see Baphomet in the form of George Washington at the capital in the iconic form of Zeus (Jupiter). I don’t need to go on about Baphomet because most everyone that reads this knows exactly what I’m talking about. 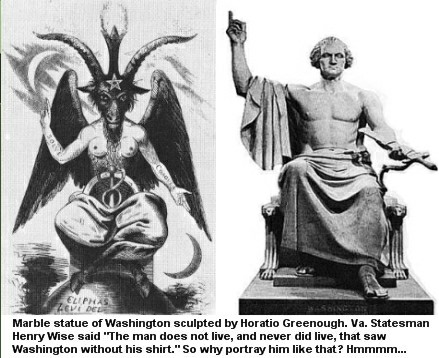 I do want to bring up as of recently the skateboard magazine turned clothing has nite adopted the wirship of Baphomet. And they aren’t hiding it. It is so blatant that its not even funny. 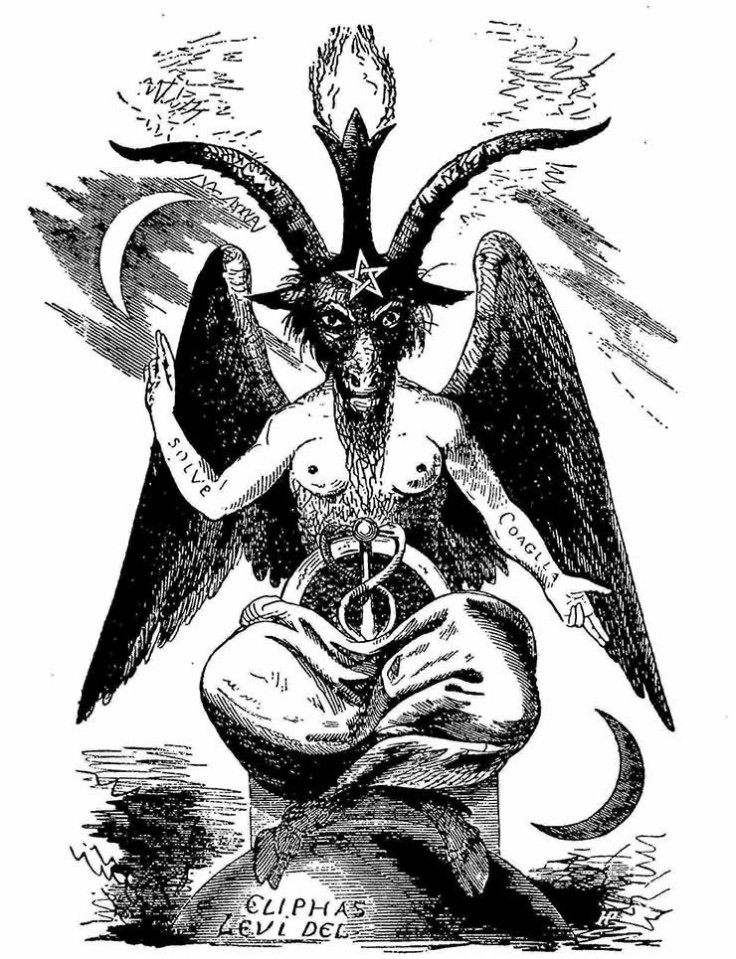 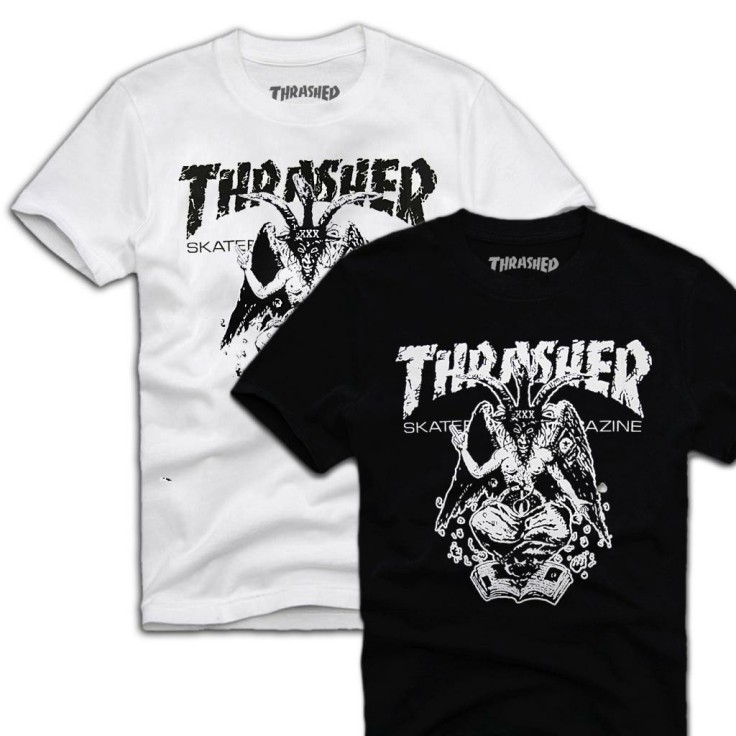 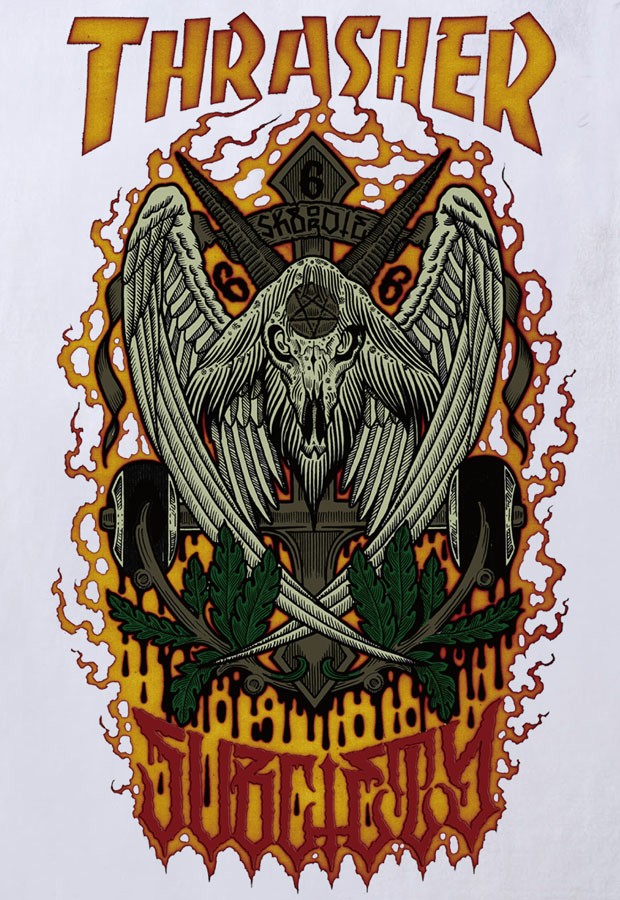 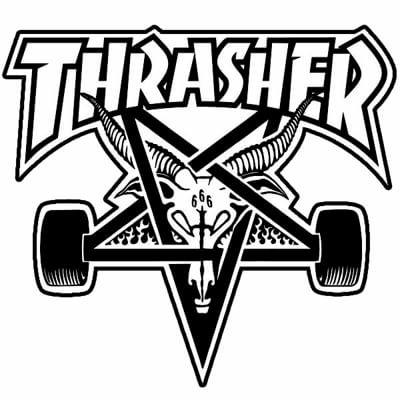 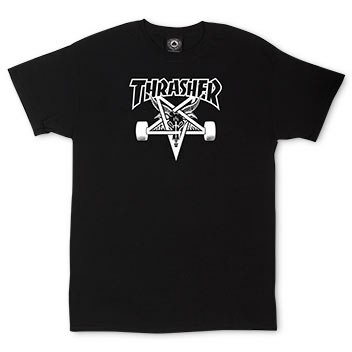 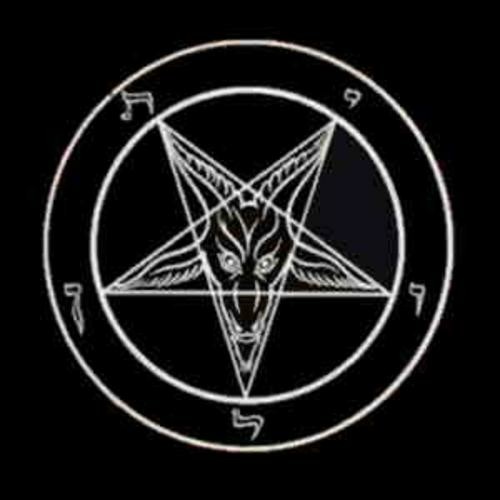 So it seems Lee now means something in this string of hurricanes and it looks to be the gates of hell trying to make a move. But remember what Jesus said in Matthew 16:18.  ” Upon this rock I will build my church, and the gates of hell will not prevail”. We will have to wait and see where this goes and if it actually turns into anything. But know this, it seems they are giving us a early warning according to their Illuminati Tarot cards. 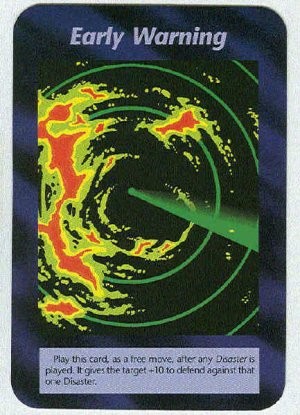 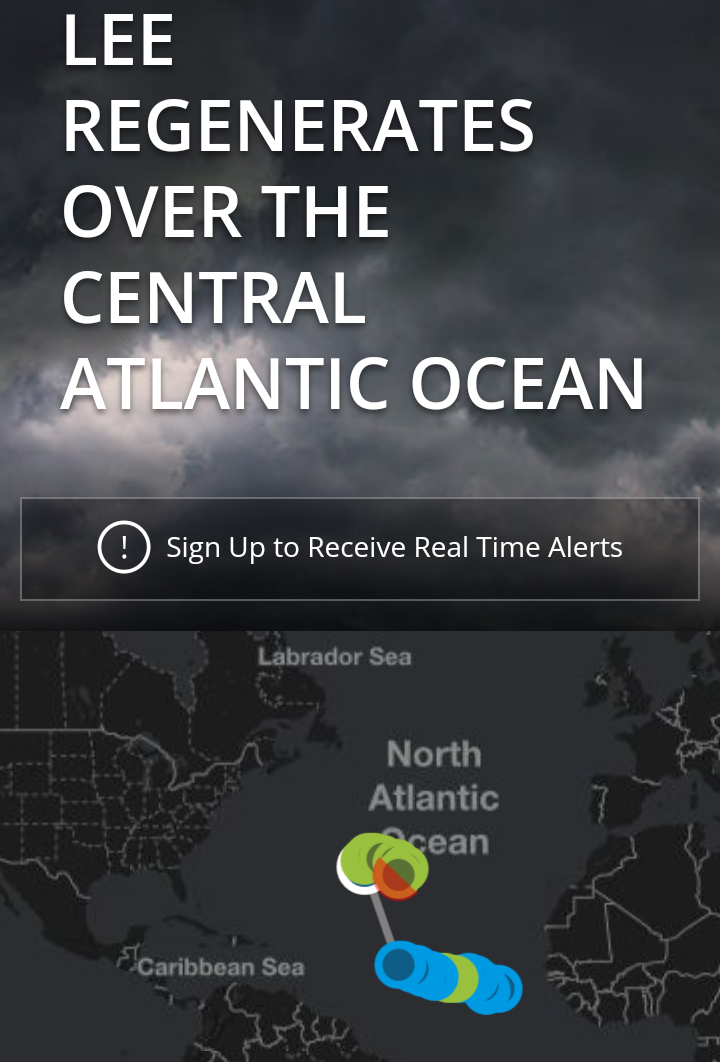 Lee seems to be being “regenerated”. That’s their words not mine. Lee died off at one point and become nothing, now its back at a tropical depression. It looks like it’s trying to make a comeback. They are saying it may just stay in the ocean and probably won’t make landfall. No if they have anything to do with it.

According to Mirriam-Webster “Regenerate” means “formed, created again, spiritually reborn, restored to a better, more worthy or higher state”. So we have Lee which is a derivative of the name Leo (Lion). It died then has become reborn. Babylon was known for being a lion as well as Judah obviously. So you can see the antithesis of the lion here. The Babylonian lion represented the king and did Judahs, Jesus.

Its strange because now Lee sits out there with Jose and Maria, who are getting ready to make land fall. You have literally the real representatives of this false Revelation sign in the ocean as storms and hurricanes. Joseph represents the 12 stars of the crown (correct interpretation), Mary representing Virgo (false representation) and Leo representing Leo the constellation that sits above Virgo.

There is also a group of Jews who see the symbology of Jose or Joseph as their messiah ben Joseph. They think this is symbolic of their coming messiah who is putting judgement on the United States. Jesus fulfilled not only Messiah ben Joseph but Messiah ben David as He rules as reigns. So they are waiting for the wrong King.