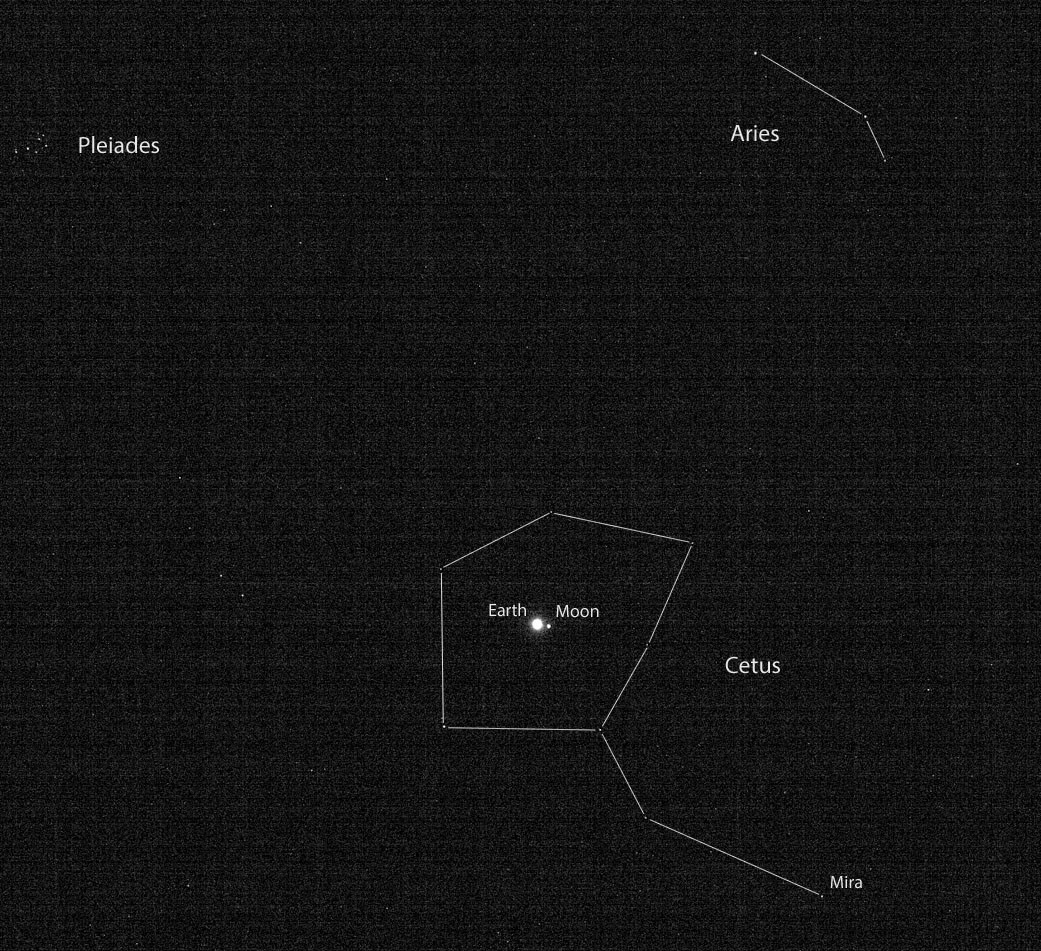 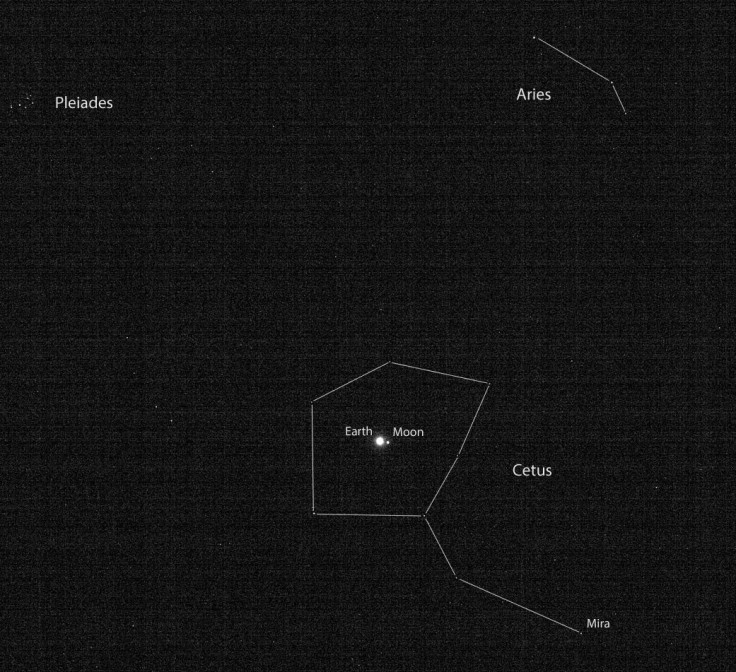 Wait…….what? NASA’s OSIRIS-REx snapped this image on its asteroid mission on Jan. 17. It’s supposed to be Earth in “conjunction” with the Moon. Not really but that’s their claim. OSIRIS-REx was moving 19k miles away from earth according to NASA. Anyways…notice its “in” (actually just the back drop) Cetus the sea monster or what we know as the whale. And the constellation lines of this sea monster/whale is shaped like a pentagon. Funny, being that we just saw a really esoteric opening ceremony for the Olympics also take place in a pentagon shaped stadium. Anyways I thought it was a weird story. Oh yeah, Check out the wording of the storm named Osiris in California. Even storms are sacrificing themselves. 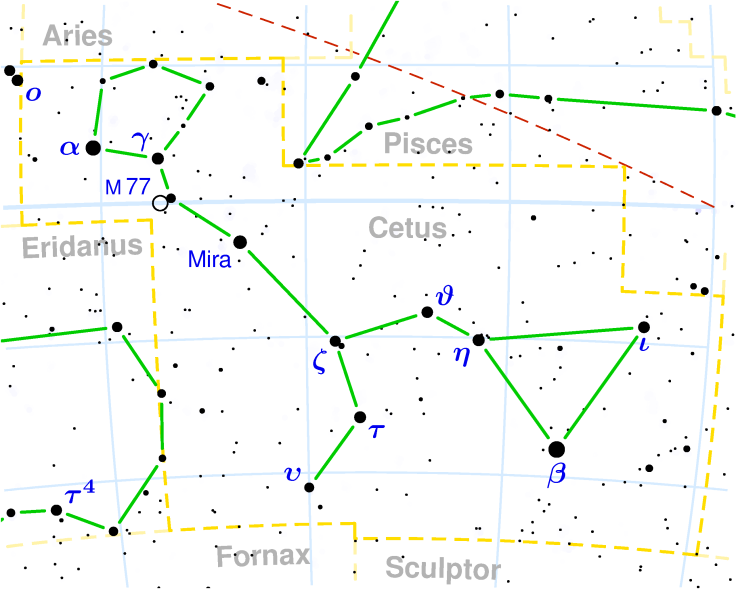 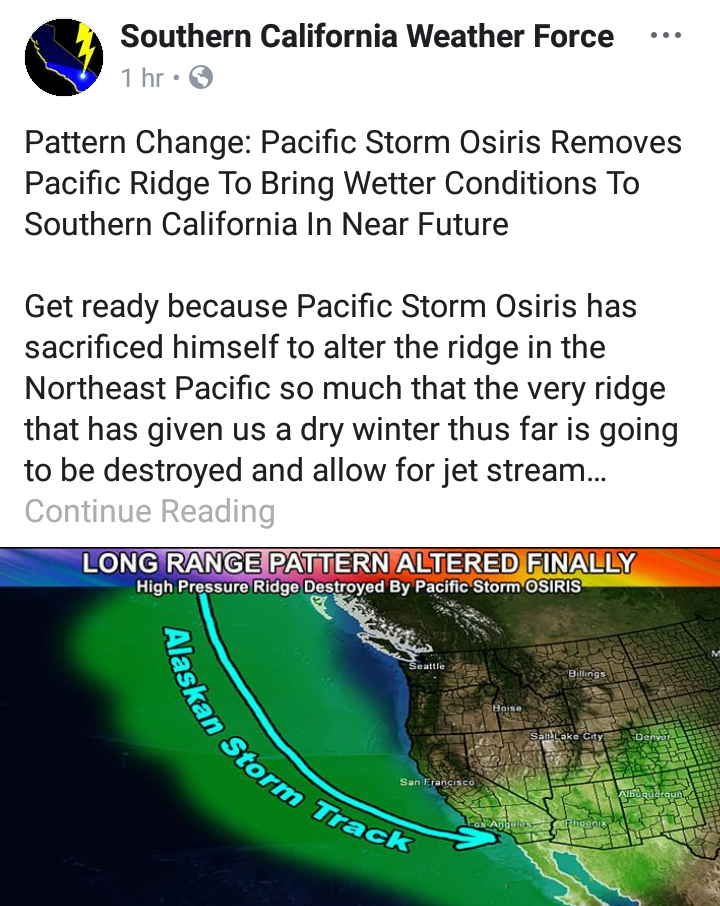