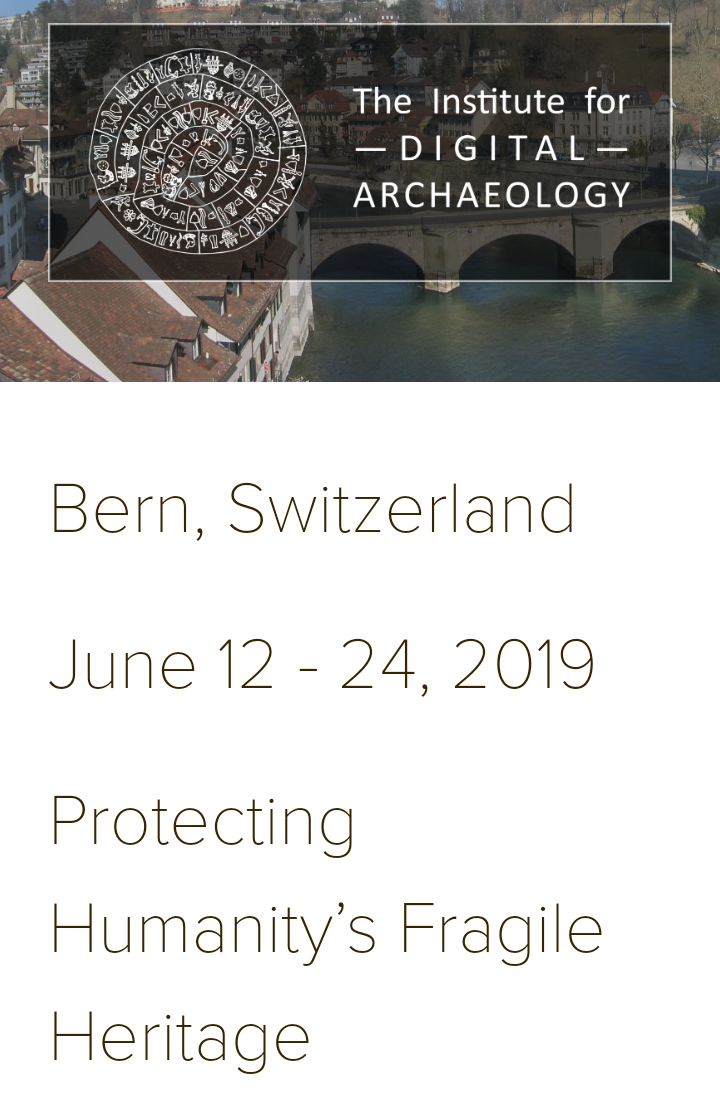 Today (June 13th, 2019) the Arch of Triumph replica from Palmyra, Syria was set up once again. This time in Bern, Switzerland. A few months ago it was in Geneva and starting today until June 24th it will be in The Waisenhausplatz (Orphanage Plaza) in Bern. Bern comes from the swiss word meaning marshy place and the folk etymology of Bern allegedly comes from bear. The bear happens to be the symbol for Bern which is the unofficial capital of “the federal city” in Switzerland. Ironically once again we see the number 70 pop up again here along with the Arch being surrounded by water. “As part of Switzerland’s 70th anniversary celebrations at UNESCO, the Swiss Commission for UNESCO is organising five thematic conferences that will address different challenges, each from a particular angle. These conferences will be held between 18th and 20th June in a specially erected marquee on the Waisenhausplatz in Bern.” (http://digitalarchaeology.org.uk/bern) 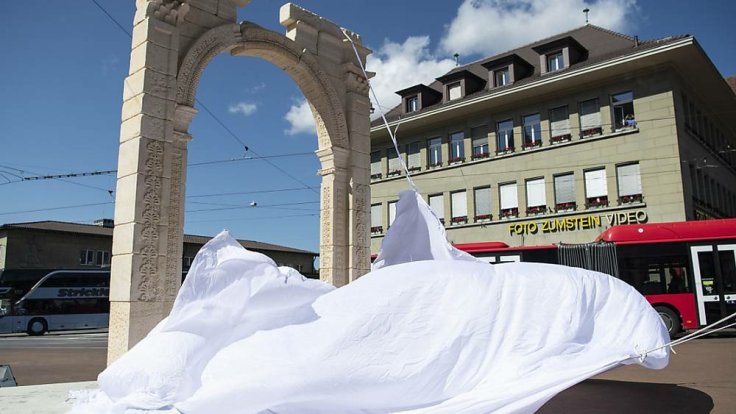 The Arch will be up during their Summer Solstice on June 21st. It seems that they have made a big push to place the Arch in cities that represents global governments. And it’s no different with Burn. Oops, I meant Bern. And their conference is being held in a tent. In sure some of you cam figure that symbolism out.

“According to the Swiss Unesco Commission, the reconstruction of the triumphal arch should symbolize the triumph of cooperation over conflict and human ingenuity over pointless destruction. The arch was reconstructed by British archaeologists together with Syrian experts. In 1949, not only Switzerland joined the Unesco; The Swiss Unesco Commission was also founded. It celebrates its 70th anniversary in the next few days with the replica of the Palmyra Triumphal Arch and several conferences. The conferences take place in a tent that is set up on the Bernese orphanage. The triumphal arch of Palmyra has been erected on the Berner Casinoplatz.” (https://www.aargauerzeitung.ch/kultur/buch-buehne-kunst/triumphbogen-von-palmyra-erinnert-in-bern-an-unesco-beitritt-134609298?_gl=1*5kp95j*_ga*YW1wLUpyeTNwOHlrRDUxTGI3UGREU3JtQVE.#comments)

This comes from Breaking News Israel.

“It’s current location in Bern brings it to within 100 miles of The European Organization for Nuclear Research, known by the acronym CERN, which operates the largest particle physics laboratory in the world. CERN performs the most cutting edge experiments in quantum physics, some of which are quite controversial. In 2009, Sergio Bertolucci, Director for Research and Scientific Computing at CERN, briefed reporters about some of the possible implications of an experiment labeled AWAKE. He speculated that the experiment could possibly open portals into the “unknown”. 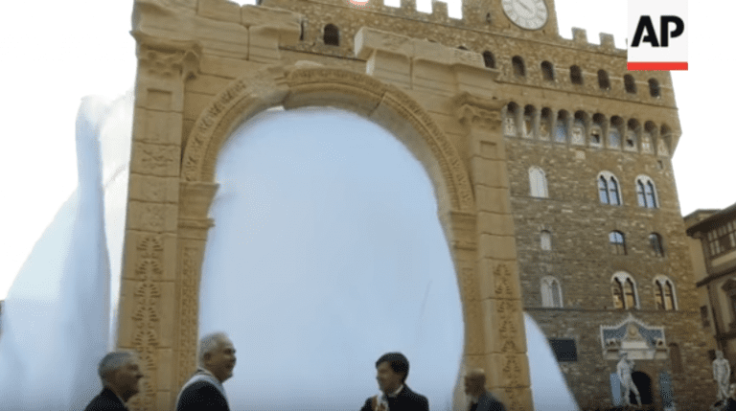 “Out of this door might come something, or we might send something through it,” Bertolucci was quoted as saying. Other experiments raised concerns that black holes might suddenly appear with unknown consequences.

In addition to being rooted in idolatry, the recreated arch is emerging as a symbol for world government, reappearing in several venues hosting world government summits. It was erected to inaugurate the World Government Summit in Dubai in February 2017, an event that brings together leaders in business, technology, and politics from around the world. The arch was then erected in Italy in May 2017 for the G7 Summit, a meeting of the leaders of the seven largest economies in the world representing more than 64 percent of the net global wealth.

Rejecting idolatry should be a universal concern. Judaism does not desire for non-Jews to convert to Judaism but the third Noahide law is a prohibition against idolatry.“