I came across Bill and Ted’s Excellent Adventure the other day and never thought about the comment Ted made while standing in front of the Circle K. 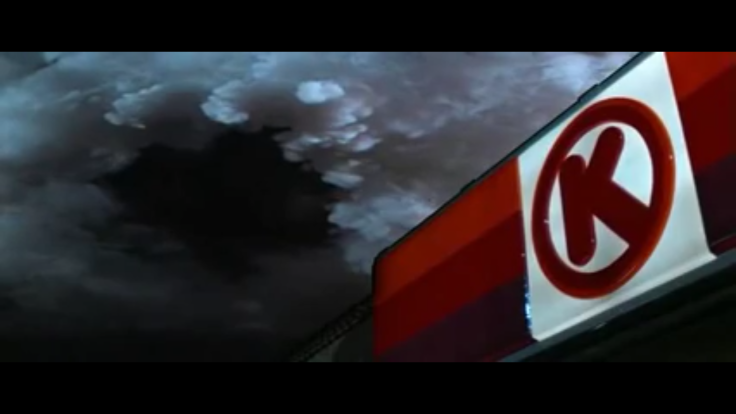 As you already know, this movie is about time travel and it happens in a telephone booth at a Circle K parking lot. But what’s up with Circle K? According to a YouTube video by JDreamer Z it originally was called Three Kay’s Food Stores. Three Kay’s huh? Like 3 K’s? “Our roots trace back to 1951 when Fred Hervey purchased three Kay’s Food Stores in El Paso, Texas. Little did anyone know that these stores would serve as the beginning of Circle K.” (https://www.circlek.com/history-and-timeline-0?language=en) Actually Fred Hervey bought three “Kay’s Food Stores”. So the video was wrong, but let’s look into this time travel convenience store a little more.

So as we’ve seen there isn’t 3 k’s but that doesn’t matter. Kluklux is actually related to the word circle or ring. “I would be remiss not to note that the Greek word Κυκλωφ (Kuklops) might be pronounced by a Southerner speaking Greek as a third, fourth, or fifth language as something similar to “Kuklox”; the only thing giving a hint of plausibility to this idea is the fact that in Pulaski, Tennessee, the personage comparable to the later Grand Dragon or Grand Wizard of the organization was initially called the Grand Cyclops, implying perhaps the organization’s all-seeing eye.” (https://english.stackexchange.com/questions/364474/do-ku-or-klux-have-any-historical-meaning-beyond-being-associated-with-the-k)

The Circle
The word circle derives from the Greek κίρκος/κύκλος (kirkos/kuklos), itself a metathesis of the Homeric Greek κρίκος (krikos), meaning “hoop” or “ring”. The origins of the words circus and circuit are closely related.” (https://en.m.wikipedia.org/wiki/Circle) I won’t get into what the circle represents because I’ve already done that here. I suggest you read it for some background in the circle in Circle K.

We also know that the circle is associated with witchcraft and blackmagic associated wth protection. “Worldwide, the circle is primarily used as a place to concentrate power and to perform acts of witchcraft, particularly those involving manifestations of spirits or transformations...In many nations around the world, we see the circle used as for both power and protection; to contain the energy needed for a spell or ritual and to guard that energy. Sometimes it is empowered by a prayer, such as the “Our Father” or powerful names or symbols.” (https://traditionalwitchcraftandoccultism.wordpress.com/tag/why-do-witches-cast-circles/)

We know all symbols used in the media, business and politics is always used for sinister reasons, whether its to inform others in the know or to make a statement of invocation. In the case of Circle K in the Bill and Ted movie, it represents the opening of a portal and place of protection. But what does the K stand for?

Let me first point out that the K is the 11th letter in the alphabet. 11 in the occult represents transgression, sin, chaos or disorder.

I noticed in a article about a Korean music called K-Pop that this guy connects the K to Kabbalah.

One thought on ““Bill, strange things are afoot at the Circle K””